My mind is completely boggled.

Someone can do the relatively simple accounting and see that the humanities–“majors without an immediate job payoff”–are already subsidizing other majors which have a “job payoff.” In fact, this was already done at few institutions, including UCLA.

But this is a case where Regents & state administrators simply do not want to listen to the numbers because they are too busy running circles in their epistemic closure.

Students who go into science, technology, engineering, & mathematics (STEM) programs or into business/finance go into majors that cost far more than humanities classes to operate.

Of course, someone will say, “No Keith. You are missing the point. We are worried about whether those graduating will be able to get a job in their major.” To which I reply, you miss the point. The governing board continues the fantasy that ANYBODY graduating from a university these days will get a “job payoff.” Most of the people I mentored who ended up with jobs outside Academia (and that is over 80% of those I mentored) use their humanities studies to be successful in business, law, medicine, and policy making.

This is more of that head-in-the-sand logic that had the Gov. Scott’s & the Gov. Perry’s of the world expecting that the GOP would sweep into the White House.

History professors at the University of Florida think their courses are plenty valuable, but they don’t want them to be among the most expensive. And they are organizing to protest a gubernatorial task force’s recommendation to charge more for majors without an immediate job payoff — a recommendation that the historians fear could discourage enrollments.

History professors have organized a petition against one of the more controversial recommendations of the Blue Ribbon Task Force on State Higher Education Reform: differential tuition that could be punitive to the humanities. They’ve garnered more than 1,300 names in a week, including those from places far beyond the Sunshine State. 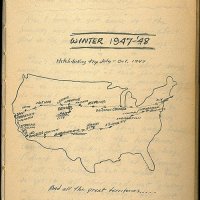