One of the biggest barriers to the mainstreaming of online education is the common assumption that students don’t learn as well with computer-based instruction as they do with in-person instruction. There’s nothing like the personal touch of being in a classroom with an actual professor, says the conventional wisdom, and that’s true to some extent. Clearly, online education can’t be superior in all respects to the in-person experience. Nor is there any point pretending that information is the same as knowledge, and that access to information is the same as the teaching function instrumental to turning the former into the latter. But researchers at Carnegie Mellon’s Open Learning Initiative, who’ve been experimenting with computer-based learning for years, have found that when machine-guided learning is combined with traditional classroom instruction, students can learn material in half the time. Researchers at Ithaka S+R studied two groups of students—one group that received all instruction in person, and another group that received a mixture of traditional and computer-based instruction. The two groups did equally well on tests, but those who received the computer instruction were able to learn the same amount of material in 25 percent less time.

via The End of the University as We Know It – Nathan Harden – The American Interest Magazine. 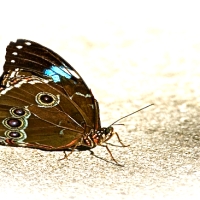