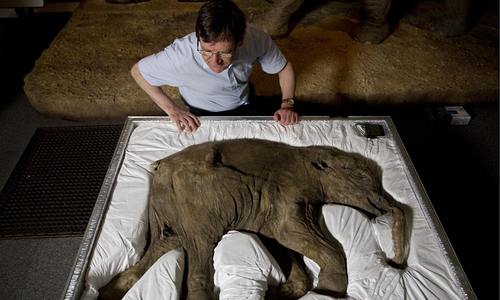 Next month marks 150 years since the discovery of the La Madeleine mammoth – an engraving that proves man lived alongside these prehistoric creatures. By Robin McKie

Just a few weeks from now, scientists from across the globe will gather in the town of Les Eyzies in the Dordogne to commemorate one of the most important – and fortuitous – events in the study of human origins. They will congregate to mark the 150th anniversary of the discovery of theMadeleine mammoth, a small piece of ancient art that provided unequivocal proof of the deep antiquity of Homo sapiens.

The uncovering of the engraving, in 1864, was the handiwork of a joint British-French archaeological expedition and it provided the first, unambiguous evidence that human beings had once shared this planet with long-extinct animals such as the mammoth. Its discovery was also an act of extraordinary good fortune, it transpires.

“On the day the engraving was found, two of the world’s leading palaeontologists happened to be at the site,” says Jill Cook, an ice age art expert at the British Museum. “The piece had been fragmented and workmen carrying out the excavations would never have realised this. They would have simply dumped the bits into a bag and forgotten about them.”