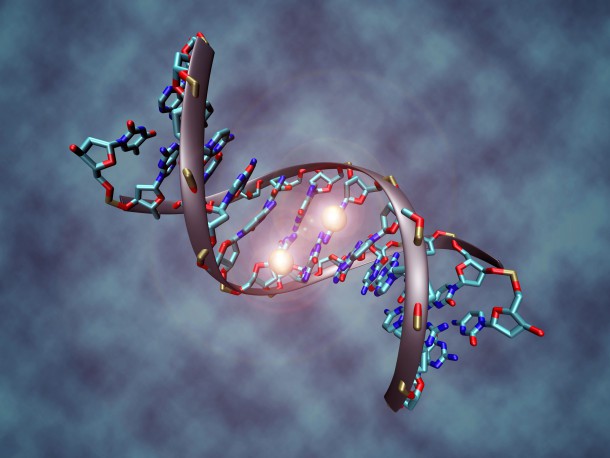 Epigenetic inheritance might be a place where the neo-Darwinian and the neo-Lamarkian encounter each other. But there are so many things for which we must take care when talking about this notoin: that there are epigenetic directives from environmental stressors that bring about genetic responses leading to suicide and criminal activity.

First, it would be easy for the sociobiological implications to become the new pineal gland of our on going Cartesianism. Where does the “mind” meet the “body” and therefore encounter the world? Second, ancient notions of “our character is our fate” likewise are  ready to surface at any given moment in the popular consciousness. What if the potential to be just or to be coureageous has been muted, deactiviated? And finally, despite all attempts to avoid eugenic and Social Darwinist consequences, they remain a real threat given our neoliberal times. In a historic situation teetering on a technoscientific cliff, can we afford to underestimate how the Society of Control might make use of such hypotheses?

Nonetheless, the research raises important  philosophical questions about a whole host of issues not only within sociobiological frameworks but inter- and intra-cultural ones. Whether one is talking about coffee farmers in Ethiopia or the service employees at a local McDonald’s, there are stressors being pressed down upon the working poor at every turn. What are the epigenetic consequences of oppression?

For instance, how does a sustained domination from global capitalist forces create situations that touch off epigenetic directives making succeeding generations of oppressed folks less likely to push back against oppression? If people from the earliest age in a consumerist culture like America are constantly stressed out about the need to buy more and to upgrade constantly, does this provide opportunities for epigenetic programming to build weaker resolve? In what ways can parents in oppressive situations mitigate the stressors for their children?

The focus of the field is something scientists call the “epigenome”, a medley of chemical interactions that take place around our DNA… Our genes are the foundation of our biological inheritance, and they govern some of our potential to grow to a certain height, or to succumb to a particular disease. The epigenome helps determine how that potential is realized. It can turn off one gene and enhance the activity of another, shaping the behavior of our cells in the process. If our genes are our hardware, the epigenome is the software that runs on top, the instructions that govern how our genes behave.

These instructions are written in a chemical code that we’ve only just begun to decipher. One of the simplest and best-understood parts of that code is the instruction to silence a gene…

The terrible effects of childhood abuse are already clear to us. What epigenetics promises is an understanding of how these effects are carried within victims as they become adults. It suggests that the world we grow up in doesn’t just teach us how to behave: our environment also helps fashion chemical instructions that influence the activity of our genes for the rest of our lives. It suggests that these instructions may be a ghost in the human machine…

As Dogtown [in Wesr Oakland] crumbled around Yokia’s family, scientists and policymakers debated why violence persisted there and in other low-income neighborhoods. Many chalked up stories about families like Yokia’s to what’s called “learned behavior”: they argued that people in communities stricken with violence and crime repeated the patterns they saw around them. Some argued that salvation lay in pulling oneself up by one’s bootstraps. Others emphasized the need for outside support for troubled communities, perhaps through better job opportunities or community-focused policing. But for both groups, the cycles of dysfunction that wrecked Yokia’s childhood were essentially sociological problems.

A third group, however, took a different angle. They looked at families like Yokia’s, in which men and women from multiple generations have been jailed for violent acts and drug use, and saw something different: evidence for a genetic basis for criminality. This was far more controversial, not least because such claims carry the taint of eugenics, the Victorian-era theory used to justify the forced sterilization of the mentally ill and criminals. Yet in recent decades, the distinction between modern genetics and eugenics has sharpened. Slowly, the taboo against the discussion of links between genes and crime has faded. Scientists aren’t searching for a “crime gene”, nor do they believe that race plays a role in the link. But many think that some parts of our DNA help shape aggression, and, by extension, some crime.

Epigenetics is where these twin spheres of inquiry — biology and sociology — have started to overlap. Thanks to the work of Meaney and others, many researchers now believe that the neglect and fear that pervaded the Mason household will have left a powerful chemical imprint in the cells of Yokia and her siblings. If the scientists are right, we may have to change the way we think about tackling violence and crime. And if the newer claims emerging from these same researchers are also correct, we may have to accept something even more disturbing: that the trauma written into the cells of the people of Dogtown may be inherited by their children.

“We’re used to thinking of inheritance as DNA focused,” says Frances Champagne, a neuroscientist at Columbia University in New York. We know that the toxic effects of childhood trauma can change lives, and that those effects can spill over into future generations. But the process has been seen as social. “What’s being realized now,” says Champagne, “is that it’s biological”…