Thanks to my friend Adam Briggle for pointing out this article. This gets at much more of what is going on in the society of control. Donald the Trumpeter is an outward effect of this kind of networking–a body making sounds that folks can point to and say, I hear that happening and it is close enough to what I usually hear that I can grasp it even if it is novel. But that identifiable sound is moving within a controlled channel of information, an exchange base of manipulated data driven by the financialization of life.

The ressentiment and disappointment at what “globalization” has wrought finds an outlet in this channel but it is all still connected to the same networks of financial capitalism: Nationalism and Globalism operate as different profiles of the same networks of control. Of course Trump’s choices will have real consequences on the world. And his support base as well as everyone else will be feeling those consequences. But few will be seeing how much financial capitalism rigs the class structure to profit no matter who is in charge.

Until we recognize that control as financial capitalism perverts all class relationships and that control continues to hide any real thinking about the material conditions of class, there can be no solidarity or change. We will move onward in the channels and networks of disinformation only concerned about MY PARTICULAR STRUGGLE and making sure that at least I GET PAID.

Fewer than 2,000 readers are on his website when Paris Wade, 26, awakens from a nap, reaches for his laptop and thinks he needs to, as he puts it, “feed” his audience. “Man, no one is covering this TPP thing,” he says after seeing an article suggesting that President Obama wants to pass the Trans-Pacific Partnership before he leaves office. Wade, a modern-day digital opportunist, sees an opportunity. He begins typing a story…

“Our audience does not trust the mainstream media,” Goldman, 26, says a little later as Wade keeps typing. “It’s definitely easier to hook them with that.”

Source: Inside a Long Beach Web operation that makes up stories about Trump and Clinton: What they do for clicks and cash – LA Times 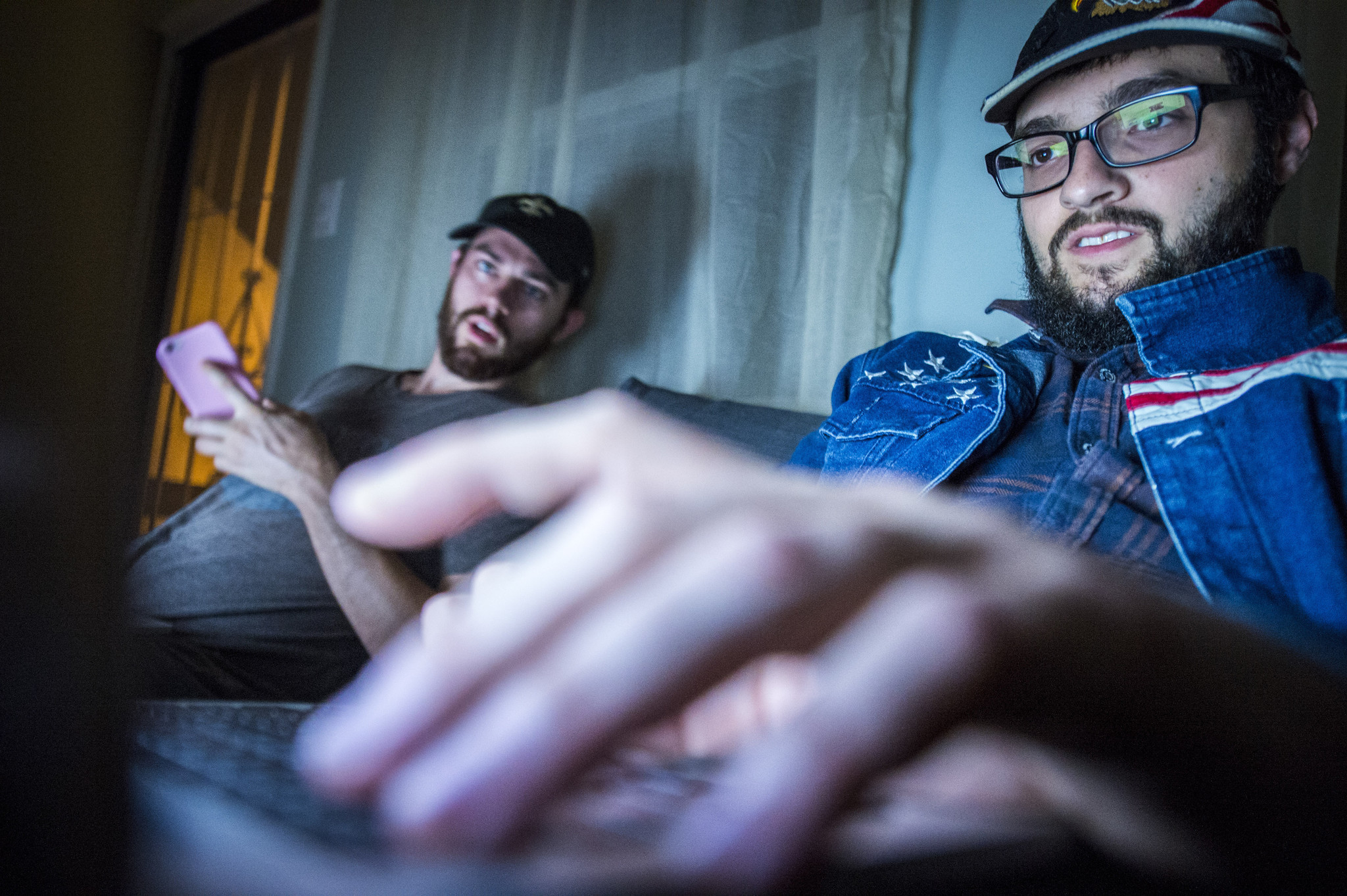