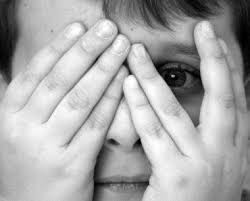 These past weeks since my brother’s death, fear has hunted me. Or better, I have hunted myself… for I have not been afeared of what might actually do me harm right now or even partially down the line of life. Terrified by my own imaginings, I trembled at the possibilities of failure, of unpreparedness, of uncertainty. A strange thing to shake at uncertainty when you believe to the depths of your being that uncertainty is precisely what philosophers cherish.

Among 12 step groups there is an acronym: F.E.A.R. False Evidence Appearing Real. Our imagination gets out of hand, undirected and distended, our greatest power reducing us to our own worst enemy.

No secret that I am student of myth, from the most ancient (Gilgamesh) to the most pop culture (Star Wars). The narrative (Gr. mythos) is imagination-in-hand, directed toward a target. On surface, such narration appears as explication. But followed into the folds of meaning, we see how the mythic can be more than iconic explanations. The well-told tale elucidates (enlightens) a path through our actual fear and our possible f.e.a.r.’s.

I came to philosophy by meandering along my path with the likes of Joseph Campbell & Carl Jung before I encountered Karl Jaspers & Edmund Husserl.

Interspersed on this path with psychologists, mythologists, philosophers & mathematicians, I fortunately encountered Frank Herbert’s Dune. Of all the things to which I owe my brother, his purchase of Herbert’s books through the sci-fi book club is a most monumental gratitude. Among the pop variety of mythoi, Dune has a special place with me, a bridge between the more rigorous mythologizing of a J.R.R. Tolkien and the more catch-as-catch-can narratives of George Lucas.

In Herbert’s great narrative, the driving force of order–a kind of Nietzschean order really–is the Bene Gesserit, an exclusive sisterhood who have honed their minds & bodies to serve an overarching socio-religious fusion. Their first teaching is the Litany Against Fear. As I listened to the audible.com unabridged version of Dune on my walk to work today, this Litany was a central character itself. It was repeated and considered a number of times. The invocation calmed and focused the characters as well as myself.

For my friends in the ether who are reading this haibun, please accept this Litany as something you might want to make use of yourself. Mayhaps you have read Dune. Maybe not. But I think you will profit from a contemplation of this Litany: 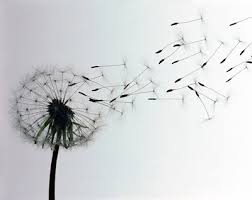 I must not fear.
Fear is the mind-killer.
Fear is the little-death that brings total obliteration.
I will face my fear.
I will permit it to pass over me and through me.
And when it has gone past, I will turn the inner eye to see its path.
Where the fear has gone there will be nothing.
Only I will remain.